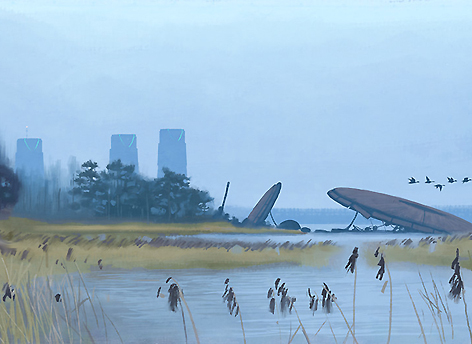 October 1985 started with an unusual heatwave gripping all of England, but school and lessons carried on much as they had always done. Our gang of kids faced up to the fact that they were now older and expected to choose their ‘O Level’ coursework and thus have some idea of what type of responsible adult they would eventually be. One by one they were channelled through the Careers Office and sorted into either the Science or Humanities track, although Tank did manage to traumatise his counsellor by declaring that he intended to become a Conservative MP. Most of the month was spent laying low and trying to stay out of trouble, but in that time Andy discovered that his mum’s medicine had a manufacturing code dated from the mid-2000s, Kin detached the strange lens from his camera and made a monocle/half goggle which could sometimes see ghosts, but Pete heard nothing more from the Laura Ashley Company. 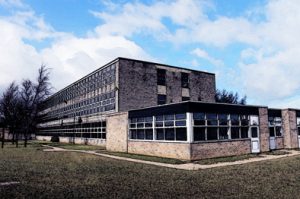 Eventually, of course, trouble found them. One autumn day dawned stormy with grey clouds racing overhead. In homes there were signs of an overnight power cut and in Dedcot the cooling towers’ green-blue arcs were flickering ominously. Once the kids reached school it was obviously not going to be a normal day as police officers and men in black were blocking the entrances. Their headteacher, Mrs Anderson, announced via megaphone that the school would sadly stay closed a few days. Unfortunately, the power outage had led to a leak in the school’s canteen along with several of the classrooms so all youngsters should return home and await homework assignments from their teachers. The 6th Form Centre was open for those who could not return home. The kids noticed school canteen staff being escorted away to a black van in the staff car park, and that the canteen area was being screened off with an unusual number of ‘repair men’ in black coveralls with discreet DART insignia. Some preliminary sneaking about revealed that all access had been sealed with warning tape and were guarded by either police or DART agents. The canteen and nearby classrooms had their windows taped up with cardboard, and they realized that the leaves and dust gusting in different directions all around the school centred directly over the school’s canteen.

Eventually the increasingly armed security forced them all back to the Sixth Form centre where they gathered supplies, exchanged intell and decided they really wanted to find out what was in the canteen. Their first target was the semi-concealed door of the school’s elusive caretaker, and their distraction was a trio of loyal, inexpertly trained pteranodons (plus bonus fledglings) swooping to a thrown lure. During this raucous the kids made a run for the boiler room and managed to get in before being spotted. Some tinkering with the fire alarm system allowed them to stealth into a metal workshop just down the corridor from the canteen, but the canteen itself was busy with even more ‘repairmen’. While they pondered this they stuffed their rucksacks with even more tools and supplies from the workshop. Their next move turned out to be a crawl through some fume extraction ducts into the school kitchens, whereupon a simple explosion with additional metal shavings was engineered. That took care of the final agents in the canteen and the kids barricaded themselves in to study the anomaly: a huge, pearly bubble. 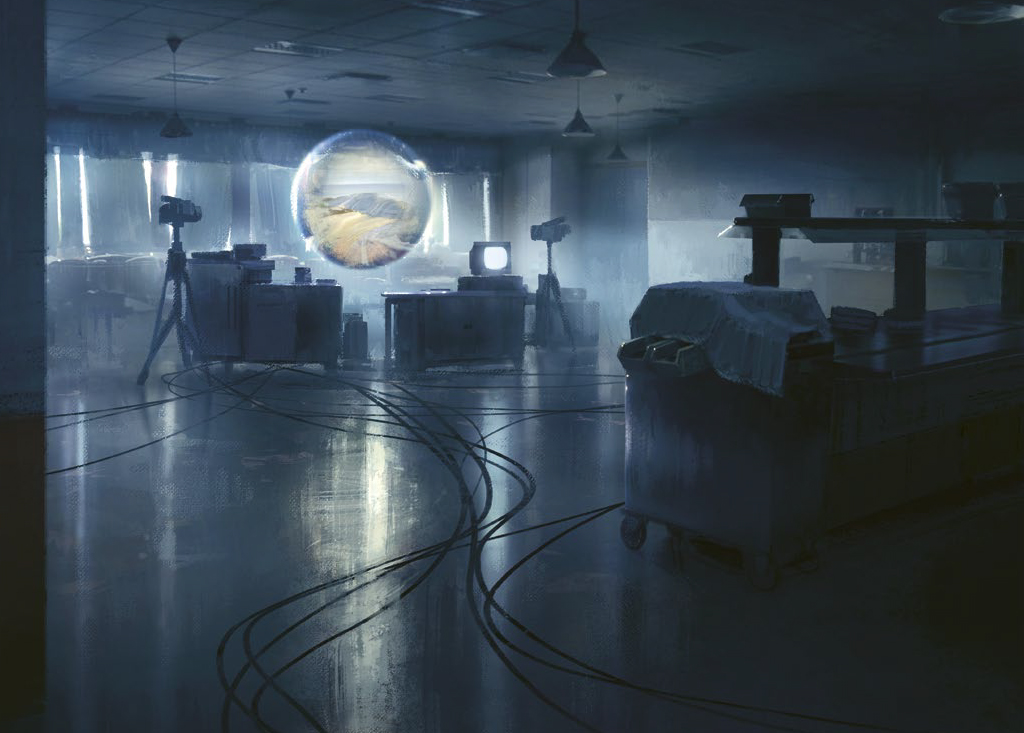 In the centre of the room was milky white shifting sphere which seemed to hide something inside it. The bubble weakly glowed, and its pale light illuminated the canteen’s walls and covered windows. Banks of Iwasaka equipment were installed around it, and static electricity affected everything, crackling off the metalwork. From a combination of figuring out the data readouts, and the use of their own special gear, the gang realised that this bubble was a portal which periodically became thin enough to move through. One such transit was coming up. Since this coincided with increasingly noisy efforts by DART to break down the canteen door all the kids opted to run into that shimmering bubble. 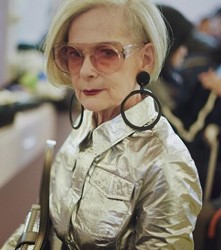 They found themselves inside a messy workshop come office, with the DART agents looking in but not following them. A little fact which should have worried the kids more than it did. The portal faded into opaqueness as a familiar figure stumbled into the room from a connecting corridor; it was Professor Thelin now looking much older and very tired.

The gang had been trying to reach her all month and immediately pestered her with many urgent questions. As she hadn’t seen them for decades it took awhile for her to figure out who the hell they were in return. Alas, she did not recall ever receiving their note; it was likely intercepted by her employers. She explained that she is now (in 2005) the Director of the Loop but the site’s time travel research has gone terribly wrong. Mere hours ago a new A.I., which she named Klein-2, was switched on and it immediately took over control of the Loop as well as the knelling spheres (or varselklotet, as she calls them). It resisted all attempts to contain it and now her staff and assistants have gone missing in the time bubbles which it created. As if that wasn’t bad enough, the kids then explained to her that they’d found a way into and out of a statis bubble of 1955 which contained the village of Milton and likely her family. So her entire life’s work was… worse than pointless. 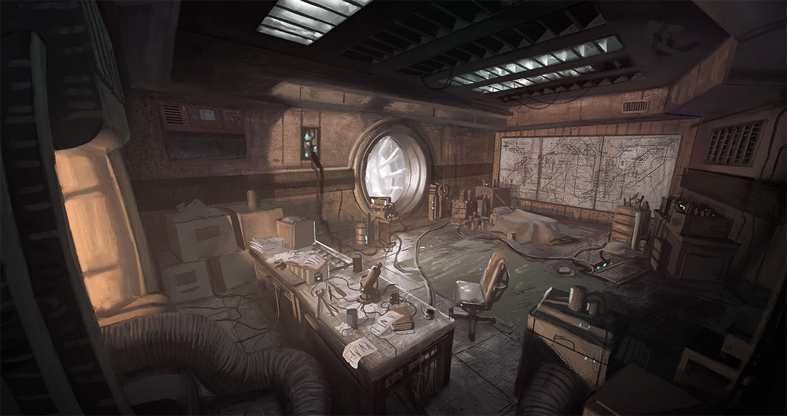 The Professor humbly asked for their help to shut down Klein-2. She was out of options and the gang clearly were experienced with time travel themselves. She instructed them to find ‘time anchors’ for themselves: she herself was wearing a portable one but there were other versions scattered around her timeline which they could appropriate. An anchor would make it harder for Klein-2 to timeslip them. The Professor also gave the kids an important set of co-ordinates: 11 x 12-figure numbers which would, with an anchor, put them on the other side of the Loop in this present time of 2005. They must try to get to the A.I. at the centre of the Loop and shut it down. Meanwhile she would attempt to reach it from this location with whatever personnel were still left. She began to program the portal just as another shimmering bubble began to push out from a side wall. The kids ran into the portal and the Professor disappeared back down the corridor. 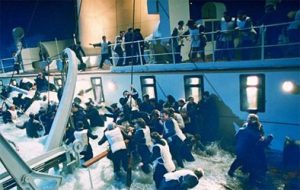 The gang stumbled out into a posh, art deco room lit only by moonlight. There were screams nearby. The floor was oddly tilted and the carpet was wet. Tommy had a bad feeling about it all and sure enough, the nearest lifebuoy had ‘Titanic’ neatly stamped on it. They pelted outside and joined a throng of panicking adults on the upper decks. Gizmo pinged an alert to an anomaly off the port stern. They ran aft and  peered into the icy, dark water but jumped anyway. Pete located a reddish glow beneath a nearby ice floe and, with Robbie’s heroic help, managed to pull and push the rest of the kids inside just before they froze to death.

They rolled out onto hot, red sand. After a minute they began to explore and found themselves at the top of a small cliff of red boulders leading down to a deep lake. They were very upset to discover a broken body by the water’s edge, dressed in a bloody lab coat. They found a name tag nearby for a Sarah Brooke with access to Top Secret Zone A inside Harwell.

They kept the tag and buried Ms Brooke under a cairn of red stones. In the distance the lake looked as if it terminated in a curved line which might be some sort of dam so they set off in that direction. About halfway there they passed a rock face with some large turbines half hidden in the water underneath. The huge machines appeared to have been cobbled together from pieces of old planes from the 70s and 80s. The tech kids recognised time anchors similar to the ones they’d seen in the Dedcot quarry, but those turbines were too big to lift out of the water. Gizmo again detected an anomaly opening up in the rock and they dashed through in the hope of better options.

With a sinking feeling Tommy identified the surrounding outlines of the brown Preseli hills in Wales. It was nearing dusk and it was raining, naturally. In the fading light the rest of the gang identified an extremely familiar circle of trilithons on the moorland below: Stonehenge. Andy helpfully pointed out that must put them somewhere in the Neolithic period, before the stones were moved. Regretfully Tommy switched Gizmo off to conserve power. “Now what?” sighed Kin. 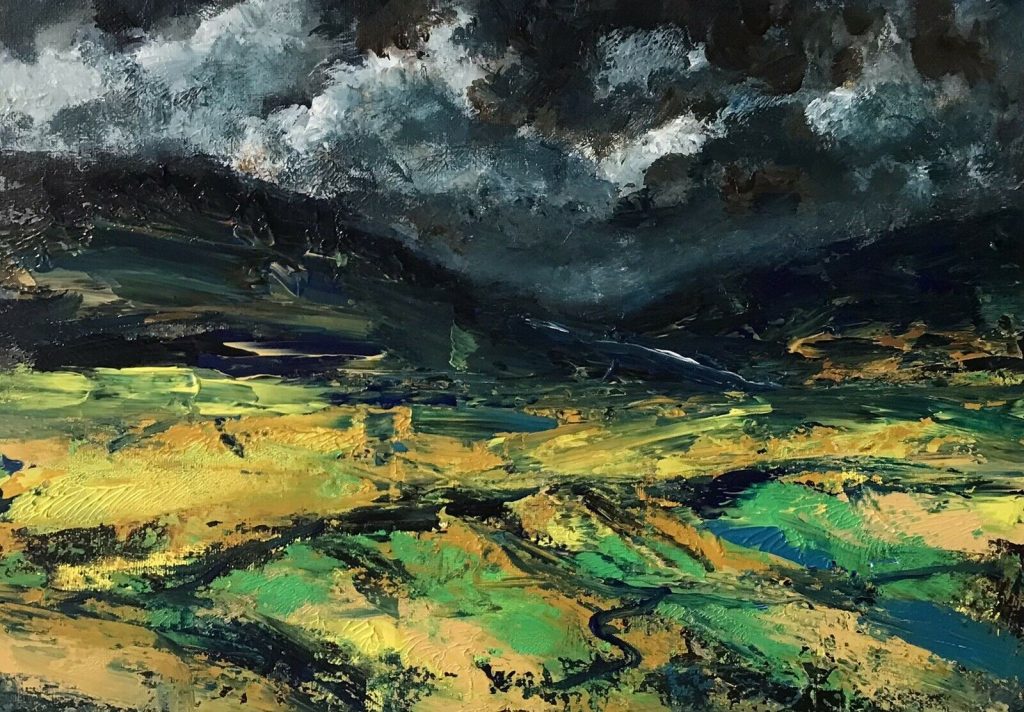