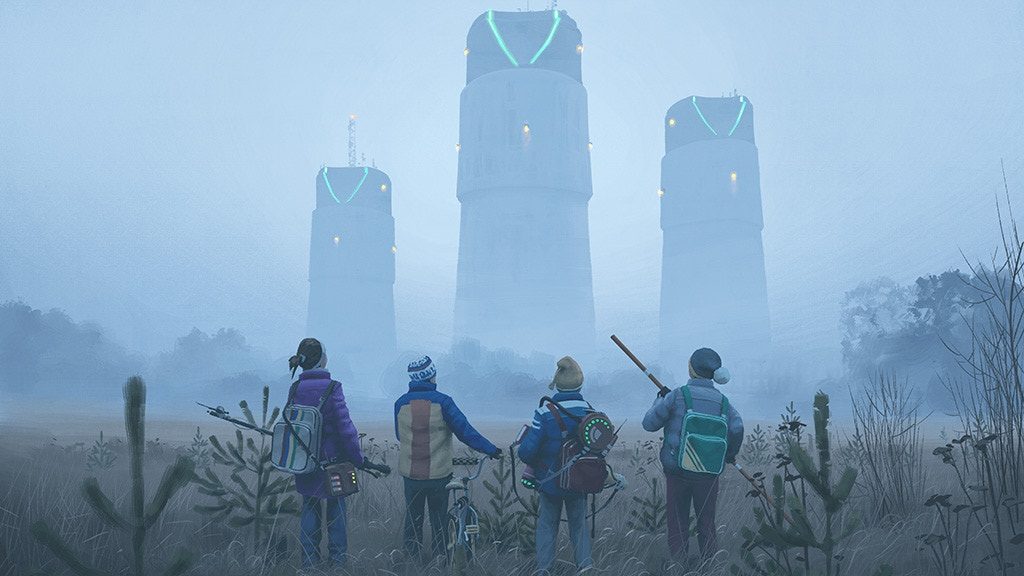 This ‘Tales from the Loop’ RPG takes place in an iconic period of time: the 1980s. It’s a time you know well – probably as a young adult dealing with Maggie Thatcher’s agenda. But for kids it was still an era of huge freedom; time outside School was their own and they could roam the countryside as they pleased, so long as they returned before dark or in time for dinner, whichever came first. It also brought memorable kids TV shows (despite there being only 4 channels) and the emergence of role-playing games such as AD&D – much to the disapproval of some adults who saw it as soul-corrupting garbage.

It is the decade that gave us pop stars like Boy George, Michael Jackson and Annie Lennox, when hard rock and synth pop dominated the radio, when a score of iconic movies like E.T., Blade Runner, Tron and the Star Wars sequels came out, and the Commodore 64 was the world’s best-selling computer. In a way, it was the first really modern decade. The VCR made its way into homes, and a generation of kids watched movies that previously were out of sight and reach for them.

After the long recession of the ’70s, the ’80s looked ahead and upwards. Everything seemed possible. Yet it was also a decade of fear and conflict. Looming over everything was the spectre of the Cold War and the global threat of nuclear war. To be scared of The Bomb was as natural as being afraid of climate change today. This, and everything else that happened during this era, is part of this game. But there is more to it as well – this game is about an ’80s that never was. This Great Britain (and especially the Dedcot/Harwell area) is filled with strange technology and top secret, government-run projects and abandoned engineering from the experimental ’60s.